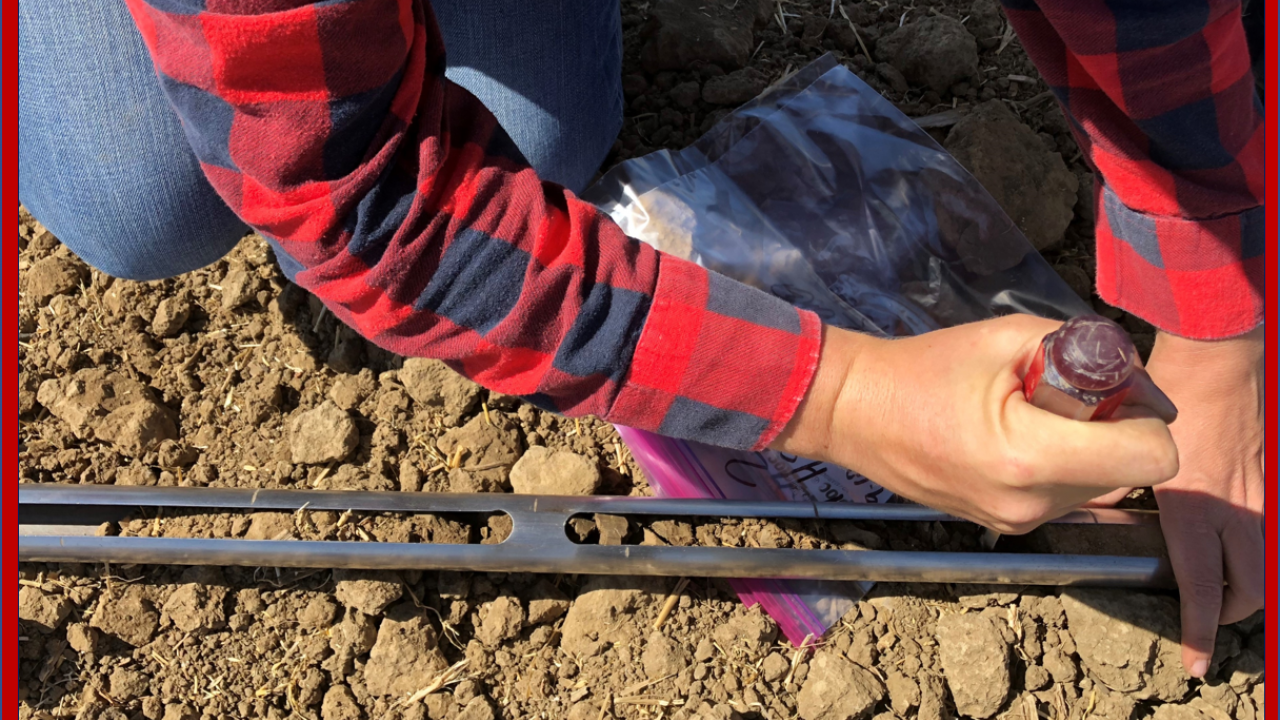 Agriculture research at UC Davis aims to better understand what is occurring in the ground. For researchers at the Russell Ranch Sustainable Agriculture Facility, located only 15 minutes from the UC Davis main campus, there is no better place to study sustainable agriculture.

“We are purposely pursuing a research program orientation towards sustainable agriculture and alternative practices,” said Nicole Tautges, the research director of Russell Ranch and cropping system scientist at UC Davis.

The hallmark of Russell Ranch’s sustainable agriculture research is the Century Experiment. Like the name suggests, scientists plan to conduct research on the same plot of land for 100 years. Starting in 1992, the Century Experiment is focused on tracking how different management practices affect soil health over a long time scale.

Using tomatoes and corn as their main crops, they are comparing management practices on three different systems of farming: organic, conventional and mixed. One of the main practices they are comparing is the usage of compost and cover crops. The organic system implements cover cropping and adds compost to the soil, the conventional does neither of these things and the mixed system uses cover cropping but does not add compost to the soil.

“One of the biggest things that differentiates the systems are the inputs of carbon and in a conventional system we don’t think at all about replacing what’s been removed, in terms of nutrients,” said Kate Scow, the director of Russell Ranch and a professor of soil science and microbial ecology.

Through comparing the results from the three systems, data has shown the importance of carbon for microbial communities to remain large and healthy. Microbes make the soil healthier, which in turn increases its crop yield and helps create more sustainable soil processes because there are less additional inputs required for the soil.

Yet, in order to see the changes in carbon levels, data needs to be collected over a long time frame. The amount of carbon in soil at a given time relies heavily on the amount of organic matter being added to the soil. The processes involved in carbon becoming stored in the soil takes a while. This requires the experiment to be maintained for years to observe the changes in carbon storage levels over time.

Due to the magnitude of the experiment, they can confidently prove that the organic system with added compost has higher levels of carbon storage. It is not just the time scale of this experiment that is impressive and innovating, it is also the sheer size of land being researched.

“There are 72 plots and each plot is one acre in size so you can actually use the equipment that a farmer would use on a 300 arce or 1,000 arce farm,” said Radomir Schmidt, a researcher at Russell Ranch who focuses on soil microbial communities.

It can be very hard to apply the findings of small scale research to larger scales which is why Russell Ranch’s Century Experiment is so unique. Other research institutes around the world are conducting long-term research, but UC Davis is able to perform large-scale research so that their findings are more applicable to the agricultural industry where large farms are the norm.

“Other long term experiments are in small plots, like garden plots and what they don’t have is the realism of farming,” Scow said.

Farmers and policy makers are more willing to trust the results from the Century Experiment as it is realistic in the amount of land farmers would use. By using practices that are accurately representative of most farming in the world, the data they are finding can be more impactful.

The Century Experiment is now over 20 years running. In a time of changing climate and environmental instability,  Russell Ranch research also often revolves around agroecology and sustainability.

“We are conducting research on regenerative agriculture, conservation agriculture and resiliency agriculture and are really interested in resiliency, meaning the ability of a system to maintain productivity under biotic and abiotic changes,” Tautges said.

It is through this research that they hope to keep soil healthy in the face of an already fluctuating climate that is changing due to anthropogenic causes.

“Soil is in trouble: globally, we lose a lot of topsoil to erosion, water runoff and soil is degraded as it loses carbon” Schmidt said.

This idea can be seen in their research on the effectiveness of different types of organic waste such as biochar and manure on improving soil health. Researchers hope to learn which organic waste can be beneficial to the soil and motivate farmers to start implementing these practices.

Beyond the research at Russell Ranch, it is also a place for education and outreach. They hold soil health workshops open to farmers that are focused on research findings such as cover cropping and usage of grazing to improve soil health. There is also an annual Field Day, which welcomes a diverse group of people ranging from those involved in the agricultural industry to policy makers. The outreach done at Russell Ranch allows their research to have a greater and broader impact on the agriculture industry and community.

The Russell Ranch Sustainable Agriculture Facility is home to larger endeavors such as the Century Experiment and also research that strives to improve agricultural practices so that  negative impacts on the environment are mitigated. For students hoping to either learn more about Russell Ranch or get involved, more information can be found on their website.

Life Underground: Partnering with Soil Microbial Communities on the Farm