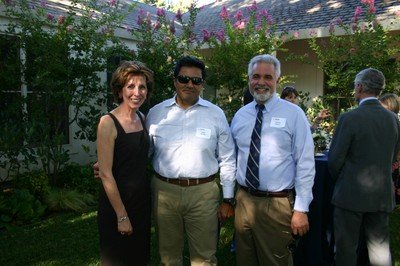 The Agricultural Sustainability Institute at UC Davis nominated Herrera out of appreciation for his overall positive attitude, generosity, intelligence and integrity.

Herrera has been an integral part of Russell Ranch’s success.  He has designed farming equipment for better cover crop incorporation with a local equipment manufacturer.  In order to improve water research and water monitoring capabilities, Herrera negotiated the repair of two on-site wells with campus Utilities that included adding automated controls and remote access for system monitoring.  Herrera advocated for switching from contract-based farm labor to hiring two permanent, fairly paid farm laborers for the ranch.  Herrera also keeps strong ties with the local farming community through personal visits and by assisting them with new equipment in conservation tillage and cover crop management.

Herrera remains steadfast in his devotion to both the research and practical needs of Russell Ranch, working long hours and weekends during peak seasons.  He has skillfully managed a complex research station with limited resources and support for many years. His leadership, creativity and outreach to the community have created long-lasting relationships within and beyond the university community.

Thank you for all you do, Israel!