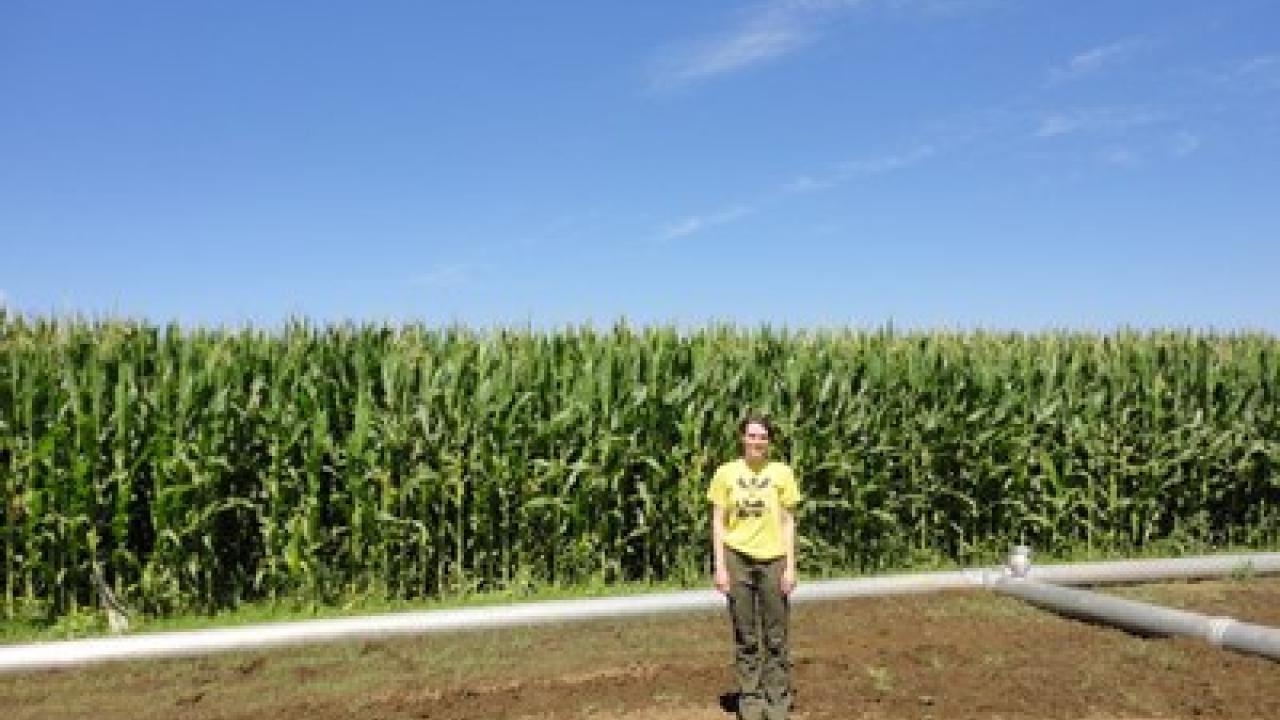 In a new study biochar helps yields, but only in the short term

Adding biochar to a farm's field is an irreversible decision, so understanding its long-term impacts is essential for farmers to make informed decisions.

Biochar, a charcoal created from organic materials burned at high temperatures and added as a soil amendment, has been shown to increase pH and soil fertility in areas with more weathered, acidic soils, like the tropics. But a new study shows its impact on productive soils like those in California's Central Valley may be quite different.

Findings from a four year study conducted at the Russell Ranch Sustainable Agriculture Facility at UC Davis showed an increase in corn yields in the second year after adding biochar, but through different means than have been observed elsewhere.

The study, published in the journal Agriculture, Ecosystems and Environment, used biochar made from walnut shells, cooked at 900°C from an orchard in Winters, Calif. Biochar was added to a plot rotating tomato and corn crops at the Russell Ranch Sustainable Agriculture Facility at UC Davis, a long-term research facility focused on using farm management practices similar to those used at commercial farms.

“A lot of biochar lab studies look at intricacies of how biochar changes nitrogen cycling, so I was very focused on looking at that in the field,” says Deirdre Griffin, Ph.D. candidate in soils and biogeochemistry at UC Davis and lead author of the study.

But instead of a change in the nitrogen cycle, the biochar affected potassium, phosphorous, and calcium in the soil, causing an 8 percent increase in corn yields. The increase, however, didn't happen until the second year after application.

That delay may be due to biochar's hydrophobic nature — it repels water when first in the ground, and may only start to interact with soil after significant time. After year two, the yield benefits of biochar dropped off, and by year four showed no difference compared to plots without biochar.

“The benefits that we saw were from direct fertilization from biochar, in which case growers might be able to see the same boost in yield if they applied a little more fertilizer,” says Griffin. “We didn't see much change in the soil properties that could have more lasting effects. But those things could still be impacted in the coming years as the biochar continues to age.”

To see continued yield increases like these, growers may need to apply biochar regularly, which is not its intended purpose and may pose challenges for growers. Biochar can be dusty, dispersing black soot as it is applied. Growers can wet biochar to limit its dust, but without overcoming that challenge, repeatedly adding biochar to the soil may limit its appeal.

Many biochars, many functions

Like compost, different biochars act differently in the soil. Different sources (type of shell or other organic material), treated at different temperatures, and added to varying soil types can all impact what benefits a grower may see from biochar.

Carbon sequestration, not included in this study, is broadly understood as a benefit of biochar, and some research is looking at its potential to pull heavy metals from soils.

“When biochar research started flourishing, people started seeing positive results in tropical systems and got excited about it,” says Griffin. “Because of our soils and agriculture, we don't necessarily see the same benefits in our systems. But every biochar is different, and we need to understand their characteristics, to engineer them for different systems and different purposes. And we're still working to understand that.”

Griffin's study is ongoing and Russell Ranch and will continue to provide insights on biochar's impacts over time.

Having a long-term study that uses realistic farm practices will help build the understanding of the role of biochar in already fertile soils, and have strong data showing how biochar really acts in the long run, so farmers making the irreversible decision to add biochar know exactly what they are investing in.

More information on biochar can be found on the UC Division of Agriculture and Natural Resources' Biochar Blog, the Solution Center for Nutrient Management, and the Biochar Database managed by associate professor Sanjai Parikh at UC Davis.