Dr. Alan Townsend from the University of Colorado will present a talk entitled "Is it limiting or not? Revisiting the tropical forest nitrogen cycle and its implications for human-driven environmental change."

This talk is part of ASI's Nitrogen Speaker Series. The event is free and open to the public. 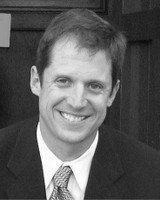 Dr. Alan Townsend is Director of the Environmental Studies Program and a Professor in the Dept. of Ecology and Evolutionary Biology and the Institute of Arctic and Alpine Research at the University of Colorado.  He received his bachelor’s degree in from Amherst College, and a Ph.D. in Biological Sciences from Stanford University. Alan co-directed CU-Boulder’s Carbon, Climate and Society Initiative, and has served on numerous national and international committees and programs, including the SCOPE Nitrogen Program, the International Nitrogen Initiative, the Ecological Society of America’s (ESA) Visions Committee, and the Science Advisory Board for the National Center for Ecological Analysis and Synthesis.  He also serves on ESA’s Rapid Response Team, a group that provides environmental information to policy-makers at both state and national levels. He and his lab group study links between terrestrial ecosystems and several aspects of human-induced environmental change, including the role of tropical forests in the global carbon and nitrogen cycles, and the effects of a rapidly changing nitrogen cycle on human health and welfare.