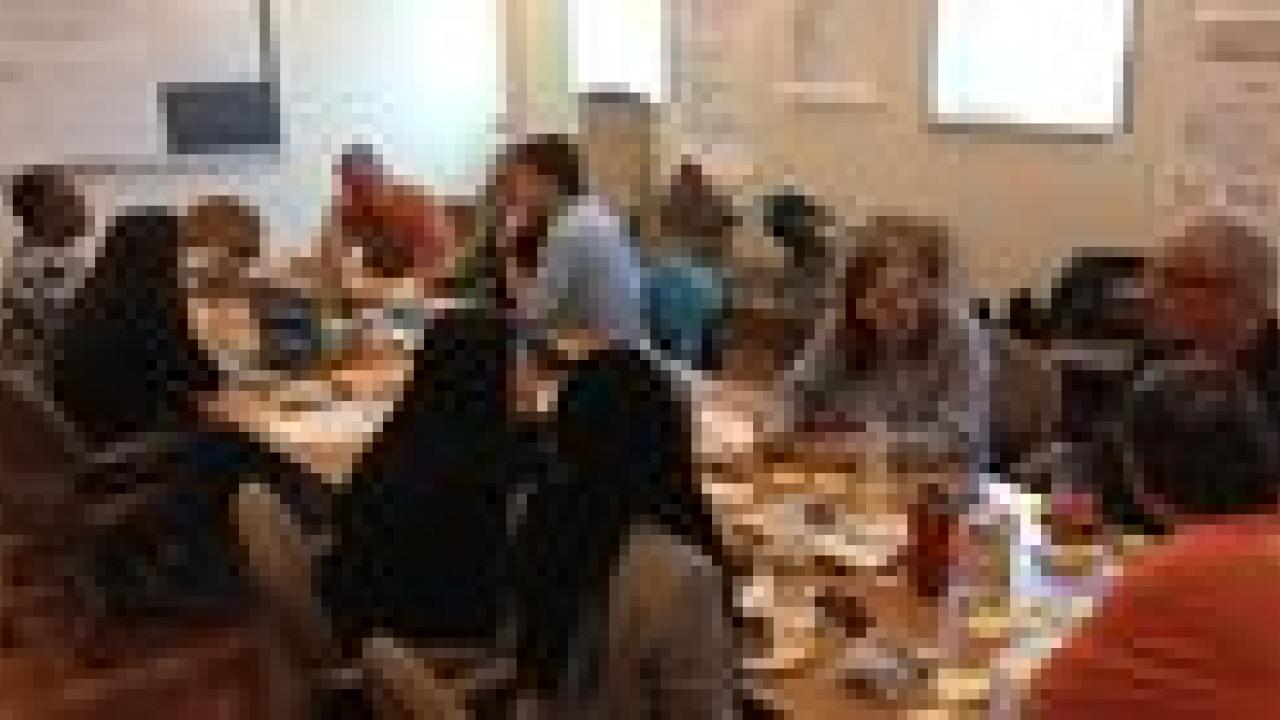 INFAS developed and subsequently committed to a racial equity statement with a domestic US focus in 2015. This statement includes a commitment to “equity in opportunity, food access and health outcomes” as “a non-negotiable foundational principle of a sustainable food system and a core value and commitment for us.” As INFAS members, we state that “to help build equity in the food system, we are focusing on the barrier of structural racism” and its intersections with class, gender, and other forms of systemic oppression. 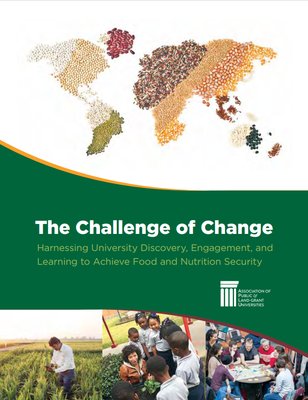 That commitment—made by our group of mostly white academics who for the most part hold tenured and often endowed chair positions in US research universities—is aspirational. INFAS members are challenged in our collaborative work to put our words into action, and to acknowledge and address the institutional, cultural, and personal biases that are intrinsic to working within privileged institutions of higher learning.

Nine INFAS members were among the 66 people across eight working groups invited to help co-author a report about how public universities in North America should contribute to global food security. When the groups began writing in early fall 2016, convened by the Association of Public and Land-grant Universities (APLU) with support from the W.K. Kellogg Foundation, the report was provisionally titled The Challenge of Change: US Universities Feeding the World. One of the intended audiences, aside from universities themselves, was the incoming executive administration in the United States (US). By early 2017, when these 66 mostly academic people, plus nearly three dozen other food system experts and APLU staff, were finishing the report, we knew Donald J. Trump would be the incoming president.

Since then, the APLU has released the report, with the final title The Challenge of Change: Harnessing University Discovery, Engagement, and Learning to Achieve Food and Nutrition Security. Also since then, the growing frequency and ferocity of openly white supremacist and neo-Nazi words and actions, combined with the killing of a white woman protesting these views on August 12, 2017, in Charlottesville, Virginia, has thrust racism in the US into the limelight on a mainstream and nationwide level.

For people who live on the sunny side of the long shadow that institutional racism casts, this heightened national awareness of racism might appear new, or perhaps renewed. However, the legacy of racism in the US started when European colonizers began claiming these lands while exterminating and enslaving the inhabitants (see Resendez). It deepened its grip when our nation’s forefathers kidnapped and enslaved people from the continent of Africa and their descendants. This legacy continues in an unbroken line to the present day.In alignment with INFAS’ commitment to challenge institutional and structural biases and racism, a group of nine INFAS members, most of whom participated in the APLU report writing—revisited the final Challenge of Change report by viewing it through the lens of structural racism. In revisiting the Challenge of Change report with this commitment in mind, it became instantly clear how far short we fell in ensuring that the presence of structural racism was both acknowledged and addressed in the US-based issues in that document. The topic of structural racism is, in fact, nearly absent from the report.

Better late than never, we are revisiting the US-relevant sections of the report to focus on the challenge to universities of ending racism in US society via our participation in food system and food security research, education, and extension. Our hope is to strengthen the report by providing a framework for collaborative change across PLUs to address these issues, encouraging PLUs – the institutions and the individuals who work within them – to engage in anti-racist practice in food system research, teaching, and outreach. We aim to add an anti-racist lens on the report and map some pathways for anti-racist action in PLUs in food system work. We aim to name racism’s manifestations in food systems and PLU work in food systems and some ways our institutions and individual academics can strive to challenge racism. We aim to name without shaming – to help catalyze not recriminations, but action.

In our essay, we open with a background on structural racism and racism in the US food system and then turn to the role that each of the seven “challenges for change” in the APLU report can have in ending racism. In our conclusions, we also discuss the work that needs to be done, by individual academics and at an institutional level, to eliminate personal and cultural racism. It is these sustained, resourced efforts to effectively challenge racism and create systemic change that are the most difficult, and that privileged institutions of higher education have a responsibility to prioritize.

Read the INFAS response to Challenge of Change.

- This blog post was written by members of the Inter-Institutional Network for Food, Agriculture, and Sustainability